Ray J: His Interview on the “Insider” 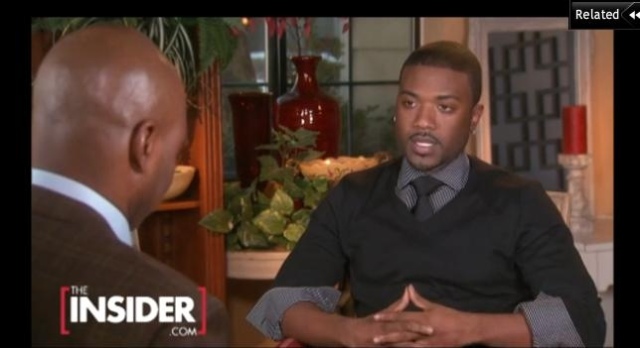 In the wake of all the things that are happening, Ray J is promoting a new book that will let people in on everything from Kim K, to Whitney to his reality TV show.

See how sources are reporting it…

Ray J is stepping away from reality TV to start a new venture as an author. His upcoming book, ‘Death of the Cheating Man: What Every Woman Must Know About Men Who Stray’, shows Ray J reflecting on past relationships where he slept around on his girlfriends. And he hopes readers complete the book and start living a cheat-free life, like the one he’s living now.

Characters in the book have been given aliases to keep their identities somewhat vague (like K.K. for Kim K.), but no word on if his relationship with Whitney made it to the pages. In an interview he did to promote the book days before Whitney’s death, Kevin Frazier from ‘The Insider’ hounded him with questions on the nature of he and Whitney’s relationship, but Ray J kept it classy and continued to keep their relationship under wraps. He also revealed that he was hypnotized by Kim Kardashian throughout their relationship and that they both were cheating on each other.

Check out the excerpts and watch the interview below:

On Why He decided to Write The Book

Well, I wrote the book because I’m going through a growth process in my life and in order for me to take this process to the next level I wanted to recognize a lot of the things I’ve done in my past, especially in my relationships.

On his relationship with the girl in the book ‘KK’.

Well, I don’t mention any names in the book. I kind of leave it open because I didn’t want to make it a tell-all. I wanted to make it a book about revelation about the things that I’ve done and the things I want to do in the future.

On saying KK hypnotized him with Sex

Absolutely. I was hypnotized.. Waking up in the morning with toothpaste already on the toothbrush, a warm towel all ready to go to wash your face. Just certain different perks of being with a woman like that could really trap you into an emotional world that’s hard to get out of.

On Why The Relationship Ended

Exactly. And she knew the same.

On his connection to Whitney Houston

You know people blow this thing out of proportion. I mean that’s my friend; I’ve been knowing her for years and years and she’s apart of the family. So when we go out the next day it’s everywhere and there’s so many different stories but that’s my people, that’s my friend.

That’s a friend that you were once romantically involved with.

But you were once romantically involved with her.

I don’t think you could really say that. I just think our friendship is something people may not understand. Maybe because of the age difference but we’ve always just been friends.

There was also a physical relationship that went along with the friendship right?

We hug. We laugh. We go out to dinner. We talk about different things in our lives and she’s a cool person.

At anytime did you ever have a relationship in the sense of a man-woman relationship that was more than just friendship? Did it ever go further than that?

Well, we’ve always kept our relationship as private as we could but when we go out she’s such an icon that it reaches the masses. For the most part, we’ve just been friends and we’ve always kept it hush-hush and quiet. You know we really don’t focus on that.

How is she doing today?

Great. Great, from what I know but you would have to ask her because she can tell you better than me.

But you would know if she’s okay. Is she past her demons?

We had a great dinner.