See story, photos and video after the jump…

The NBA decided to try something new this year to make the NBA All Star opener a bit more interesting. While they introduced the coaches and players for the East and West All Star teams, they took a break from commentating for a musical selection from Nicki Minaj.
The Harajuku Barbie took the stage over with colorful backdrops and a mob of chiseled eye candy to perform “Moment 4 Life” and “Turn Me On.” As the West All-Star team was introduced, it gave Nicki just enough time to switch from her purple and blond wig to a long lime green joint, before she re-emerged to perform her new single ‘Starships’ for the first time. During Starships, she stopped mid-performance to shake it fast (cues Big Sean’s AZZ track) and then the East All-Star team was introduced. (Lebron, Wade and Dwight came out crunk!!). Nicki closed out the opener with a quick performance of her biggest hit “Superbass,” sporting some pink hair this time and giving America all of the Nicki Minaj she could fit into her four-minute performance. Lil Wayne looked pretty happy about it.. 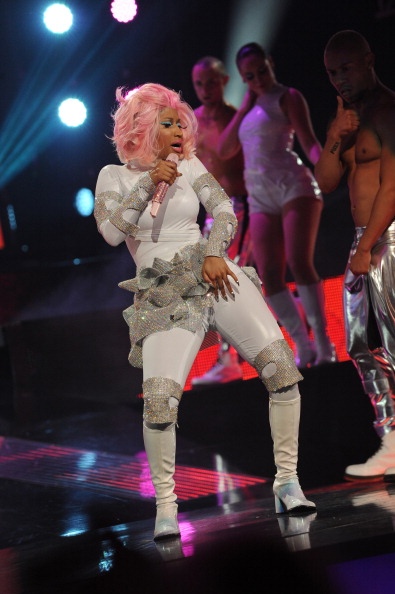 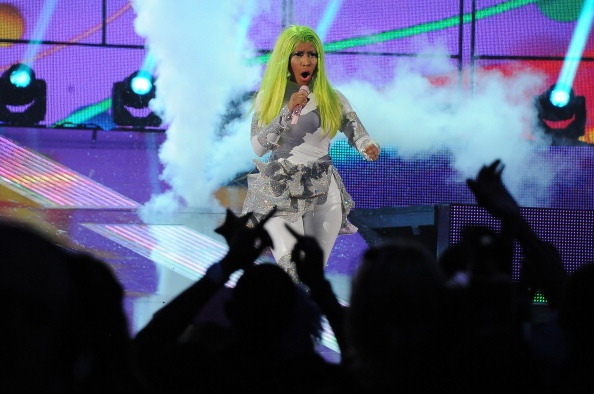