10 Most Expensive Homes in the World

Here is a list of the top 10 most expensive properties in the world. Are any appealing to you?

See photos after the break….

10. Dracula’s Castle, Romania: $ 135 million
Maybe sounds creepy, Dracula’s Castle. But It’s actually a romanian castle. It was a museum during 1980s until the owner Archduke Dominic put the castle on sale. He offer the castle for the price of 80 million dollars. Still no one have a deal with that amount of money. Again, He want to sale 2 years ago but there’s no news about the price and the status of the ownership till now. This amazing house, castle actually, is an old building that has 57 rooms, 17 bedrooms that decorate with beautiful antique furniture. It’s located in the top of hill so the scenery must be wonderful from there.

9. Updown Court, Windlesham, Surrey, UK: $139 million
This large house built on 58 acre of land in the Windlesham neighborhood. This amazing house has 103 rooms with lot of facility needed for a rich person. You can find private cinemas in the north part of the house and bowling alley as well for the sake of recreation. You can also find horse barn, squash and tennis courts in case you need some sport. There’s a marble drive away as well that your limousine will wait for you every morning, it’s large enough for 8 limousines. 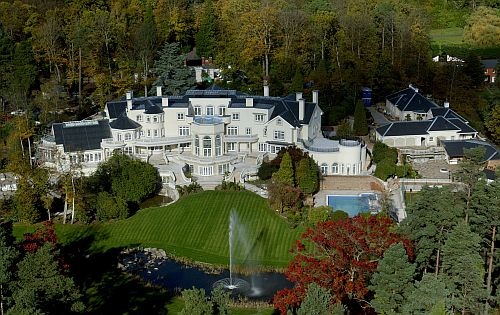 8. “The Manor”, Los Angeles, US: $150 million
Built in 1991 with French Chateau Style, this house is 4248 square meters of building with a total of 4.6 hectares of land in total. It’s the biggest house in Los Angeles that privately owned. The main house is located at the end of the long road and well protected with security system. In the house you can find a private cinema, bowling alley, tennis courts, 2 swimming pools for your recreation and you can also find luxurious beauty salon in the attic and spa. If you like jewelry you can put it save on the humidity controlled silver warehouse that available in the house. There are several garden on this house, the 18th century styled garden, roof garden and orange garden. If you have a lot of cars, don’t worry about that. As this house is large enough to park up to 100 cars. 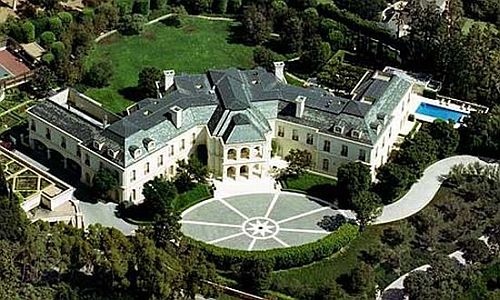 7. “The Pinnacle”, Montana, US: $155 million
I guess this building is one of the most desirable building for the one that love ski. It’s a ski lodge as well as the largest property in the exclusive private ski and golf community “Yellowstone Club”. Is it the owner’s house? Yes It’s. It’s the house of Tim and Edra Blixseth. It’s not that big compared with other property on this list. Just 10 bedrooms available here. You can find a heated flooring system stretched throughout the house, fireplace in all bathrooms and huge wine cellar. You can also find indoor and outdoor pool as well as gym and massage room. 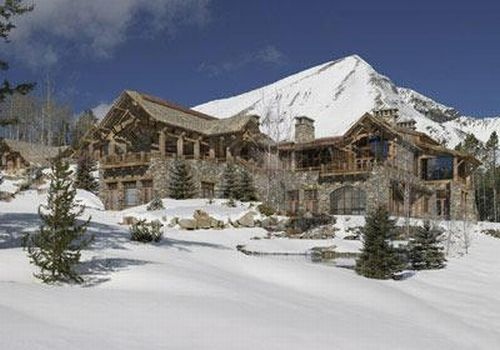 6. Franchuk Villa, Kensington, UK: $161 million
You can find this house if you come to Belgravia area in Central London. It’s a six floors building with 20 foot ceilings, lavish equipment and more than 21,000 square ft of space to live. Currently owned by Lebanon’s developer, Musa Salem. It’s now on sale and become the most expensive house on the market now. Mr Salem was bought the house from Grosvenor Estate. The house is built in Victorian Style with many luxury amenities such as swimming pool in the basement, gym, private cinemas, news room and large garage space.

5. Hearst Mansion, Beverly Hills, US: $165 million
The house was built by the US newspaper tycoon, William Randolph Hearst, and became his prestigious home. This house was purchased by Leonard Ross, a lawyer and investor in 1976. This house has 6 separate residences, 3 swimming pools, 8 fireplaces, tennis court, night club and 29 bedrooms. Those facility is built in 6 hectares of area in the platinum triangle neighboorhood in Beverly Hills. You can be the neighbor of Jeff Bezos of Amazon, Tom Cruise and Katie Holmes and David and Victoria Beckham if you live in this house. 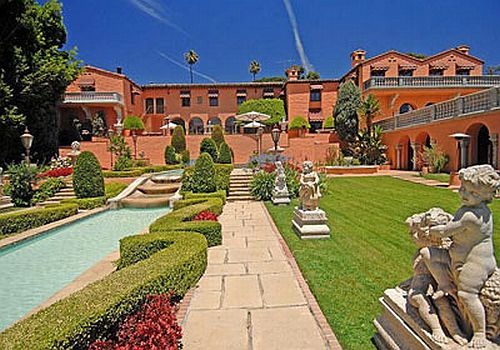 4. Fairfield Pond, The Hamptons, US : $170 million
This marvelous house is the house of Ira Rennert. It’s built in 63 acres area and become the largest residential in the US. The house has 29 bedrooms, 39 bathrooms, large dining room of 91 feet long. You can find a bowling alley for your entertainment as well. You can find a $150,000 hot tub in this house as well. This beachfront home is completely for private house usage only. You can imagine this building is not a hotel, spa, resort or retreat place.

3. The Penthouse, London, UK: $200 million
This Hyde Park located apartment is the most expensive flat and apartment in the world with a price of £6,000 per sq/ft. The first main feature of this apartment is Security. You can find panic rooms, bulletproof window, Iris scanner, a tunnel to nearby of Mandarin hotel and of course it’s served 24 hours. The facilities you can find here are communal spas, squash courts and you can also find a wine tasting room here.

2. Villa Leopolda, Cote D’Azur, France: $506 million
This luxury famous villa has a total area of 29,000 square feet. It’s located in French Riviera. It’s famous for the open menicured garden and the beautiful swimming pool. The villa has 11 bedrooms and 14 bathrooms. This villa has a great scenery of beachfront in the south of France. It’s built by King Leopold from Belgia and later purchased by Edmund Safra. After the death of Edmund Safra, the house become the house of his wife, Lily Safra. This villa rumored several time to be sold to Bill Gates, Gianni Agnelli as well as undisclosed Russian tycoon.

1. Antilla, Mumbai, India: $1 billion
This modern gigantic structure is called as Antilla. It’s new house of Mukesh Ambani or Reliance Industries. It’s a 27 floors building with 40,000 square feet in total land space. The building is 570 feet tall with a total of 400,000 square feet of interior space. The building has a dedicated 6 stories for car parking alone to park 168 cars collection of Ambani. Inside the house you will find nine elevators with lot of lounge and personal gym in each floor. This house is served by 600 servants. You can imagine how luxurious this house. This house will be the world’s most expensive house for a while as It’s far more expensive than the second and still there’s no news there’s a person build more expensive house than Antilla.

19 Responses to 10 Most Expensive Homes in the World